An Interview with Bob Strother

I first met Bob ages ago when we both served as Board members for the South Carolina Writers Workshop, now the South Carolina Writer’s Association. Bob has a wonderful sense of humor, but it’s his gift of storytelling that draws you in. As soon as he starts talking you’re transported to the front porch of a country home, where sitting in rockers and listening to stories is the finest way to spend an afternoon or evening. One gets lost in the language and rhythm, and lives of characters real and made-up. The best storytellers, like Bob, make you believe all the characters are people he knows intimately.

Meet my friend, Bob Strother, author of the Burning Time trilogy including Burning Time, A Fire to be Kindled and newly released Embers on the Wind. 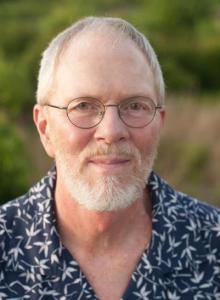 A Writer’s Window: The Burning Time trilogy is truly the story of Louise Carlyon, her family, and those friends close to her. It spans a lifetime that witnesses four wars and the real cultural and societal mores of those years.

Did you work from any kind of timeline – both of actual historical events as well as storyline events – that helped you keep everything straight? How much historical research did you do?

Your editor, Anne Kaylor, credits you with “. . . a knack for using language that fits the time period of his story.  . . . aptly parallel the different decades through which we move.” How did you hear, create and then maintain that language?

Bob: Several of the characters in the Burning Time trilogy are based on real-life people. The account of their actions, however, is fictionalized. It helps answer the questions about timelines and historical events if the reader is aware of this. I think it’s also important to note I had no thoughts of doing a trilogy when I began writing the first novel.

The idea for Burning Time had its nucleus in a 1961-dated carbon copy of a letter I discovered from my grandmother to one of her cousins. As a youth, I spent almost as much time with my grandparents as I did with my parents, and had heard (sometimes overheard) many stories about the family—but never of the events as described by my grandmother when she bared her soul to a distant relative. In a few typewritten pages, I found the heart—the very essence—of my protagonist from childhood to adulthood. The timeline began with her at eight years old and ended twelve years later in 1920.

I had a rough idea of major historical events dating back to the early 1900s, but refined those impressions with mostly online research of political campaigns and elections, the First World War, troop movements, and the like. I also researched music, literature, and consumer products to ensure the characters’ experiences reflected society’s preferences and opportunities available at the time.

Using the same research methodology, my grandmother’s notes, and my own memories, the chronology and the story lines unfolded, grew, and became living things. The best part … I actually felt I was rediscovering parts of my life, enjoying once more the people who’d meant so much to me in my younger days.

As I said earlier, I hadn’t originally intended to write a trilogy and felt fairly satisfied with the completion of Burning Time. But readers kept asking me, “What’s Louise going to do next?” After a while, I started wondering, myself. Then, after A Fire To Be Kindled was completed, I had no choice but to finish the story with Embers On The Wind.

I don’t think I was consciously aware the language I used reflected that of the various decades involved. Probably, on some level, I remembered books or movies about the those periods and tried to emulate it. It was easier with some characters than others—Fannie, for example. I could hear her words, even the tone of her voice, as if she sat beside me and whispered in my ear. And, on occasion, I might purposely toss in popular slang or an expression common to the time. It was Anne Kaylor who first told me that the language I used, while a bit formal, seemed to fit the times and circumstances.

Bob: All my characters came pretty easy. Many I knew and grew up with, and others—the truly fictitious ones—flowed out of my perceptions of how my grandparents’ family members would have interacted with them. Henry’s personality was the most difficult to describe. He was a troubled soul, in real life and in the books, and in many ways the “lost puppy” in a scary and confusing world. In fleshing out his character, I believe I got to know and understand him in ways I never experienced while he was alive.

I suppose Louise has to be the one character I knew best. She inspired the story from beginning to end, and, though I intended the series to be a kind of tribute to the families who practically raised me, she was always the focus, the fulcrum point for the Schmidt/Carlyon family’s ups and downs.

Who surprised me? It has to be See-Boy. I never realized, when he first appeared on the scene, he’d turn out to be so entrepreneurial and maybe play a little fast and loose with legalities of the times. That he took advantage of opportunities so well, and that he became a pillar of the black community as well as a stalwart friend to Louise and her family, is an indication of the respect I developed for his character.

A Writer’s Window: All through the trilogy Louise and her family have a close relationship with African-American, See-Boy, and his family. In Embers on the Wind, interracial and inter-cultural relationships really come to the forefront. Can you talk a little bit about how you chose some of the characters you did? Decided how they’d be included in Louise’s story?

Bob: My grandmother was women before her time with regard to her perspective on race and race relations, so that influenced my writing. She did manage a grocery store whose clientele were mostly black and she and they developed over time a deep and lasting mutual respect. Marcus’s character was based on a real person, the only black person I spent any real time with as a youth, so it seemed only natural to include him in the story.

All of See-Boy’s family came purely from my imagination. In the beginning I wanted to portray the Schmidt family as financially comfortable, and it felt time-appropriate that they employed blacks as domestic and laborer helpers. The more I got to know them, the more I admired them and the more they seemed part of the “family.” And I liked the unspoken affection that developed between Louise and See-Boy, something that would be controversial at that time, even dangerous if it came under scrutiny.

To me, one of the great tragedies in American history was the internment of thousands of Japanese during World War II. Maiko’s character provided a way to point out that grave injustice and engage both Fannie and Henry in actions they wouldn’t otherwise have had the courage or compassion for. It gave Fannie purpose again, and Henry a chance at happiness—things in short supply for most of their lives.

A Writer’s Window: Without giving too much away, how difficult was it to write in the deaths of a beloved character or two in Embers on the Wind?

Bob: You pose an interesting question, writing about death. It’s inescapable of course at some point; time passes, people age and eventually die. To die before one’s time, however, is harder for anyone to understand and come to terms with. So I tried to offset tragedy by focusing on the love—the very emotion that stokes the feelings of loss. And that also gave me the opportunity to add layers of character development by how others reacted to loss—some with even more love and compassion, others with violence.

A Writer’s Window: What does your writing area look like? How does it compare to your ideal?

Bob: I absolutely love my writing space, though it’s really more than that. It’s my lair. Where I go to feel utterly relaxed, or amped, if I’m writing and in the zone. It’s a slanted-wall bonus room on the upper floor of my house. I’ve always loved second floors or higher; I think I might be a cat. From my single window I’ve seen some of most fantastic and inspiring sunsets of my life. My writing area also has another necessity, a sofa, upon which I spend considerable time, and three doors—if I choose to close them—between me and the rest of the outside world.

A Writer’s Window: What do you enjoy doing when you’re not writing?

Bob: Aside from writing, I have two other passions: reading and exercising. Outside one of the three doors leading to my writing area, I have an exercise room complete with TV, stationary bike, elliptical, and Total Gym. Exercise isn’t really a passion; it’s more of an obsession. Like Grandfather Bob tells young John Berry in John Irving’s Hotel New Hampshire, “You’ve got to get obsessed and stay obsessed.” I suppose I’m obsessed.

Reading is the siren song that often keeps me from sitting at the desk writing. I read fiction almost exclusively. Mostly crime-related—I’ve read everything Elmore Leonard and Robert B. Parker ever wrote. My favorite crime writer is John Sanford of the Prey book series, which I’ve read since the 1980s. Thanks to my wife, Vicki, I’ve recently started reading a mystery series by Louise Penny whose stories are set in Canada and which allow me to enjoy the occasional inclusion of cool French expressions. N’est-ce pas? 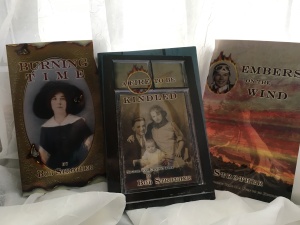 Bob’s trilogy, and his other books, can be ordered through moonShine review Press,  and indie bookstore Fiction Addiction in Greenville.  Bob’s books can also be found on Amazon

This entry was posted in Uncategorized. Bookmark the permalink.